Can listening to music help you do better work? 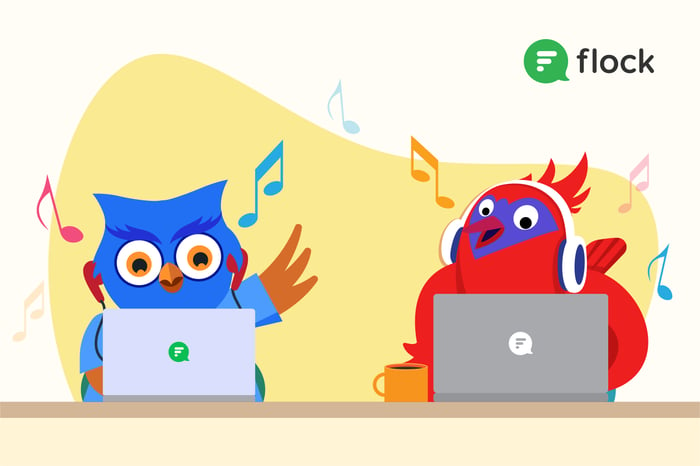 I’ve had mixed results listening to music at work. At times, I get a lot done with my headphones on. But equally as often, I find myself nodding along to the music, forgetting all about the work.Curious, I asked friends and colleagues about their preference, and that’s a mixed bag of opinions too.

Some people swear by it—grooving to Pink Floyd at work helps them cut distractions and be more productive. Others prefer silence when they work—music is a distraction. A few admit to plugging in earphones just to block out office chatter and noisy colleagues! It’s impossible to find real consensus on music aiding productivity, with many considering it just a personal preference rather than a productivity hack. So I turned to science for definitive answers.

How music affects our brain (and mood!)

Neuroscientists have long been interested in the effects of music on the brain, and we already know how music affects our mood. Listening to music we enjoy causes the brain to release dopamine, a neurotransmitter that reduces stress levels and makes us feel good. But can music make us smarter or work harder? How does it affect our productivity at work?

A growing number of studies on how music affects productivity give us some answers, though some of the benefits can be subjective. Here is what the science says:

Listening to music while working out also lowers our perception of exertion, so we can pick up the pace and exercise for longer than we normally would. Time to up your physical fitness routine? Listening to fast-paced music can motivate you to work out harder!

Listening to music might not make us smarter (the Mozart effect was mostly bogus!), but it does improve performance on cognitive tasks. In older adults, listening to upbeat music improves processing speed, while memory seems to benefit from both upbeat and downbeat music.

Music can boost productivity at work

Dr. Teresa Lesiuk, an assistant professor in the music therapy program at the University of Miami, studied how listening to music affects work performance. Dr. Lesiuk’s research, conducted over a span of five weeks with 50+ developers from four Canadian software companies, shows that folks who listened to music had better ideas and completed their tasks more quickly.

Researchers studying how background music affects performance on repetitive tasks found it boosted efficiency. The study was focused on productivity in factories, but the findings are universally applicable. Working on repetitive and boring stuff? Listen to upbeat music to stay alert and motivated.

Listening to music can improve our mood, boost cognitive and physical performance, and keep us motivated for longer—but it all depends on the kind of music you listen to.

So, what kind of music works?

Personal listening habits and musical training (or the lack of) dictate what you listen to while working to some extent, but studies show that certain kinds of music work better for specific tasks. For example, loud music can be distracting and have detrimental effects on comprehension, but it might also boost performance during your daily workouts.

Dr. Anneli B. Haake, who does research on music listening at work, explains, “...it is not necessarily instrumental versus vocal music that influences whether music is distracting or not, but rather how the music is constructed.” Prior musical training also influences how our brains react to varying musical structures and rhythms.

In general, this means songs with a more complex musical structure—such as Queen’s “Bohemian Rhapsody”—can be more distracting than the Beatles’ “Hey Jude” with its three-chord melody or Foster the People’s “Pumped Up Kicks,” which has a simple four-chord structure.

Familiar music is better for focus

Based on fMRI scans of brain activity when listening to music, neuroscientists found that listening to unfamiliar music makes us more likely to lose focus as we try to take in the new sounds. Plus, regions of our brain that improve concentration are more active when we listen to music we’ve heard before.

Familiar music is better for focus, but there is a big caveat (see below).

Songs without lyrics are less distracting

Lyrics can be more distracting than you think. Listening to old favorites as you work can improve focus, but it can also take you back in time, triggering thoughts and memories that distract you from the task at hand. Even more so if you remember the lyrics and start singing along. It might not happen with every song, but you’ll want to avoid music that evokes nostalgia.

Take Sigrid’s “Strangers,” a personal favorite. It’s a fantastic song, especially the bit where she goes “Just like in the movies...” Unfortunately, I’ve never been able to stop myself from humming along and muttering the rest of the verse under my breath. Not to mention trying to write a blog post and unconsciously typing song lyrics can get annoying real fast.

Studies show that listening to baroque music at work can increase concentration. Classical compositions such as Vivaldi’s Four Seasons and Bach’s Overture Suite No. 3 are relaxing even when we don’t pay attention to the music. Plus, classical music is really good at drowning-out the background hum of a busy office.

ASMR/Ambient noise is great too, but your mileage may vary

It’s not really music, but listening to ambient noise below 70dB can actually enhance performance in creative tasks, says a 2012 study in the Journal of Consumer Research. This includes ASMR sounds, which I tried for a while before switching to nature sounds.

ASMR stands for autonomous sensory meridian response—the "tingly feeling" traveling downward from the scalp to the back of the neck that many (but not all) people experience in response to certain sounds such as soft whispering, brushing hair, or crinkling paper. Watching ASMR videos (or listening to them with a good pair of earphones) can help you relax and improve focus.

If ASMR isn’t your cup of tea, there are tons of ambient noises—from loopable sounds of nature to white noise tracks—that you can listen to. Think the sound of flowing water, a light breeze, a crackling fireplace or even the background chatter of a busy cafe! Personally, I use Rainyscope to generate ambient noise using the sounds of rain and birds in different seasons.

Work to your own beat

Friedrich Nietzsche rightly said, “without music, life would be a mistake.” It makes us happy and helps us do better work, but sometimes silence works best too. In the end, it’s a personal preference and if you don’t usually listen to music when you work, knowing what works for most people can help you get started. If you already do, just try something new. :)