Top 10 technological advances of the past decade 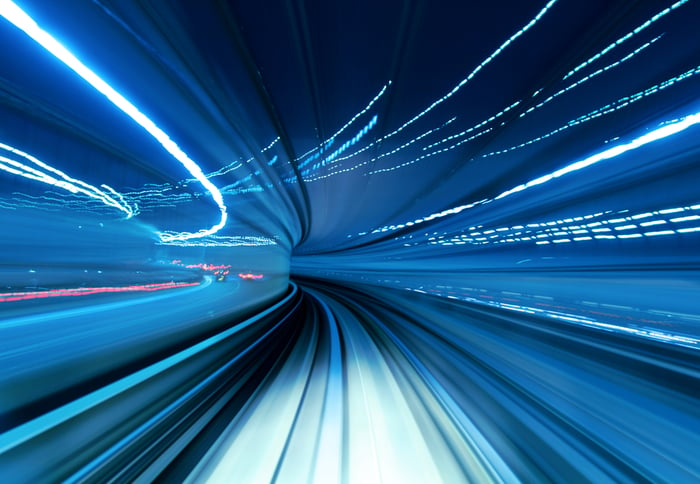 iPads, smartwatches, fitness trackers, true wireless earphones, electric cars—the list of innovations from this decade is a long one. Sci-fi tropes like universal translators and virtual reality games became very real. And virtual assistants like Siri and Alexa changed how we interact with technology in our homes.

As we say farewell to 2019 and step into a new decade, I thought it’d be instructive to reflect on noteworthy technological advances of the 2010s. It has been a decade of spectacular products and innovations, so narrowing down the list is tough. Some of the products and tech events I shortlisted have already changed how we live, work, and entertain ourselves, while some are more recent ones that promise to impact our future.

From iPads and smart speakers that are now in every home to advances in space tech that will land humans on Mars within our lifetimes, here are my personal picks for the top technology of the 2010s. It’s not a comprehensive list of tech from the past decade, but there were so many I had to include a few honorable mentions.

Beating expectations of being ‘just’ a bigger iPhone, the iPad ushered in an entirely new category of computing devices. The iPad was fast and light. It was versatile, and more intuitive and fun to use than a tablet PC had ever been. It couldn’t do everything your big and bulky PC could, but an iPad worked perfectly well for lightweight tasks such as email, browsing, editing documents, and presenting keynotes in meetings. Plus, once developers got going, there were thousands of productivity apps, games, and more to choose from on the App Store—apps made especially for the iPad. Like the iPhone, the iPad stands as a brilliant example of Apple developing a tool that people didn’t realize they wanted. Businesses found new uses for iPads in point-of-sale terminals, for sales presentations and in-cab entertainment, etc. while consumers flocked to buy them because iPads were cool and fun. Unsurprisingly, PC sales plummeted while iPad sales skyrocketed. The iPad redefined personal computing, making it more mobile and accessible than ever.

Speaking of point-of-sale (POS) terminals, you can hardly walk into a store today without seeing Square’s influence on payments. Its namesake white and square credit card readers and Square Stand, which turned an iPad into a complete POS changed payment processing for businesses. For the rest of us, it just made shopping easier.

Crowdfunding is commonplace today, but Kickstarter deserves kudos for making the idea popular across the world. A platform where anyone with an idea can seek funding and anyone with funds can donate to ideas they like—it democratized innovation.

Kickstarter raised billions for ideas that otherwise would never have taken off— a mural project in a meditation center and school for rural children in the Himalayas, a modular 3D printer, and even an open-source blogging platform. Plus, it birthed startups such as VR pioneer Oculus (acquired by Facebook), Exploding Kittens (makers of the eponymous card game), and Pebble—one of the first mainstream smartwatches (acquired by Fitbit).

Remember the clamor for a Google+ invite? A buzzy new social network unveiled by Google in June 2011 that promised to redefine social networking, Google+ ended with a whimper earlier this year. Despite failing to become the next big social network, Google+ served as an incubator for some very successful products. I think there are many lessons aspiring entrepreneurs can learn from the rise and fall of Google+ as a product.

Hangouts started as video chat for Google+ users before becoming a standalone messenger. The idea was so successful, Facebook launched Messenger soon after—starting the messaging wars. 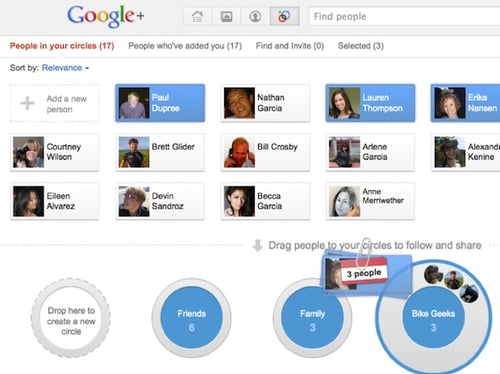 Another Google+ feature that turned into a great product, Google Photos made it easy to backup and share photos from the cloud. Its unlimited storage for everyday photos makes it a preferred option to backup photos from smartphones.

A math and physics geek at heart, I—and millions of people around the world—watched with shallow breaths and stars in our eyes as NASA’s Curiosity rover landed on Mars in 2012. As the car-sized robot began exploring the expanses of our rusty red neighbor, the NASA website went momentarily offline due to an overwhelming number of visitors.

The Curiosity rover inspired more public and private interest in space exploration, particularly around the question of life on Mars. A few years later, NASA published its official plan for human exploration and colonization of Mars called "Journey to Mars."

Over seven years later, Curiosity continues to explore Mars in search of proof that life ever existed on Mars, sending back valuable visual and seismic data that can help humanity prepare for life on the alien planet.

The first Kindle Paperwhite, launched in 2012, all but cemented Amazon’s place as the king of the online publishing hill. The Paperwhite felt and read like a book, or as close to it as possible, converting millions of people from paperbacks to e-readers. Competitors couldn’t compete on price or choice—and Amazon kept improving the Paperwhite, adding in support for audiobooks, highlighting, a built-in dictionary and more.

With easy access to thousands of new titles, the Kindle changes reading habits. In fact, I never travel without my Kindle.

ReWalk Robotics launched the first commercial exoskeleton to help people with spinal cord injuries walk again. Much of the research into powered exoskeletons previously focused on military and industrial applications, but ReWalk made its benefits accessible to paraplegics everywhere. To me, this is a prime example of cutting-edge technology helping people live better lives.

Powered by a backpack battery and controlled by a simple wrist-mounted remote that detects and enhances the user's movements, the ReWalk has helped hundreds of men, women, and children lead more fulfilling lives after war injuries, accidents, and even cerebral palsy.

Amazon introduced the world to Alexa in 2014, bringing the Internet of Things (IoT) into our homes. A voice-activated virtual assistant that can perform pre-set functions out-of-the-box such as set timers, share the current weather, create lists, access Wikipedia articles, Alexa has since grown both in popularity and functionality. With thousands of Alexa Skills extending its capabilities, one can now ask Alexa to order pizza, dim the room’s lighting, jot down a shopping list and automatically place an order, and more.

Today, voice-enabled virtual assistants such as Alexa, Siri, Google Assistant, and Cortana are in millions of households around the world. There are now more than one billion voice searches every month, and experts predict that 50% of all searches will be voice searches by 2020.

Serial entrepreneur Elon Musk’s SpaceX made history when the first stage of the Falcon 9 rocket successfully landed back on solid ground at Cape Canaveral in December 2015. The implication was huge: rockets which were historically one-time use engines were now reusable, potentially saving the space exploration industry billions of dollars.

Over the years, SpaceX has worked on making the Falcon 9 rockets more reliable and efficient, leading to a NASA Category 3 certification allowing its use in more expensive and more complex missions. More recently, the Falcon 9’s bigger and meaner brother, the Falcon Heavy rocket launched Starman and a Tesla Roadster up into space for a very long drive around the sun.

Four years after its first crowdfunding campaign on Kickstarter, the first commercial version of Oculus Rift launched in 2016, rekindling interest in virtual reality (VR) all over the world. Oculus overshot its funding goal many times over before its acquisition by Facebook. Oculus Rift focused on gaming at launch, but its success led to more competition and innovation in the fields of virtual reality (VR) and augmented reality (AR). Put simply, the Oculus Rift made virtual reality more affordable (though not too much!) for the masses. 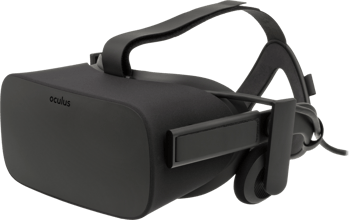 While technologies like AR and VR haven’t become commonplace yet, newer products like Oculus Go—a more portable VR headset—and Microsoft’s Hololens, an AR headset, continue to show many potential applications and benefits. Hololens, in particular, has helped surgeons to understand a patient’s unique anatomy quickly and accurately, while the police have used it ‘record’ and revisit crime scenes!

A complex board game that requires intuition, creative and strategic thinking, Go has long been considered a difficult challenge in the field of artificial intelligence (AI). AlphaGo’s victory over Lee Sedol in 2016 signified a huge victory for the AI community and led to improvements in deep learning and neural networks that underpin many Google services we love and use every day.

Debuted as a concept in 2017, Michelin’s VISION was a 3D-printed airless and organic wheel-cum-tire with several environment-friendly features. With no inflation or rims, the entire structure was designed to be sturdy enough to support the vehicle yet be flexible enough to absorb impact and pressure. The tire itself would be made of biodegradable material—rubber compounds derived from organic, recyclable materials— and have a reloadable 3D-printed tread band, so you could pick new tread patterns for snow or rain, all by yourself.

Technologies from the VISION are now trickling down into the commercial market. Michelin and General Motors recently announced plans to roll out Uptis, an airless puncture-proof tire, on commercial passenger vehicles as early as 2024.

With Model 3, Tesla changed the conversation around electric cars. From autopilot to over-the-air (OTA) software updates, the Model 3 made people rethink what a car should be, and inspired many automobile startups to think bigger. Tesla made electric cars cool and desirable, and major automobile manufacturers are still playing catch-up.

First proposed by Boyan Slat in a TED talk, the Ocean Cleanup project’s prototype 001 launched in southeast Asia in 2018. The Ocean Cleanup Project tackles one of the worst man-made ecological disasters today: millions of pounds of plastic and garbage choking our oceans and rivers and tainting our water and food supplies.

After testing the 001, the project launched a series of enhancements to further test their self-contained trash collection systems. The company has since developed newer, more robust models and is now expanding its cleanup efforts around the world.

Remember the Nokia Morph smartphone concept from 2008? Sci-fi nerds have been dreaming of foldable displays for much longer, and they’ve finally hit mainstream devices in 2019. From the ill-fated Samsung Galaxy Fold to the all-new revival of the Motorola Razr, major smartphone manufacturers are drumming up a lot of interest in smartphones with flexible and foldable displays. While first-generation foldable smartphones are expensive and far from perfect, they do offer a peek into the future—bigger displays that fold into ergonomic shapes. While foldable displays on smartphones are all gadget lovers can talk about these days, laptops are not far behind on the list. Earlier this year, Lenovo showed off a variant of its ThinkPad X1 with a foldable display that is dramatically smaller and lighter than the regular version. Not to be left behind, Microsoft has been teasing a pair of foldable devices—the Surface Duo and Neo—that use two screens that fold on a hinge instead of a single flexible display. TL;DR: the future of displays looks foldable and fantastic!

The future is bright

The world is a very different place today than it was 10 years ago, and changes in technology have had a huge impact on every facet of our lives. I probably missed a lot in my roundup—Instagram, Snapchat, Raspberry Pi, 3D printers, Chromebooks, and Pokemon Go to name a few—proving the 2010s as a decade of spectacular innovation and progress. With recent advancements in artificial intelligence and virtual assistants promising to make similar outsized impact on our lives, I’m eagerly looking forward to more innovation in the 2020s!

The secret to making OKRs work for your business? Write good key results. 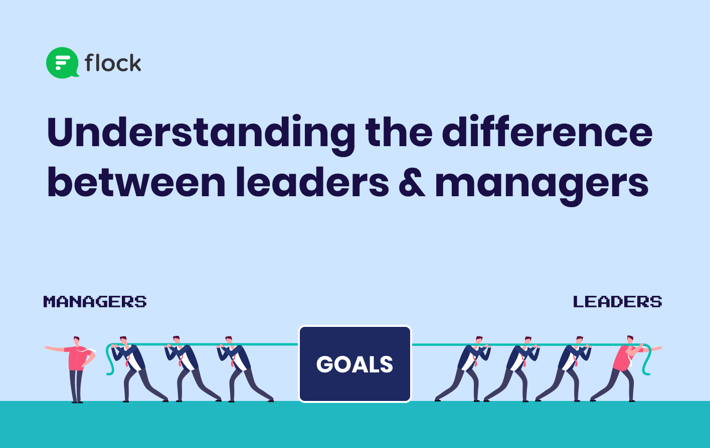 Understanding the difference between leadership and management

The closer is dead. Long live the listener.